Giants of the premier class 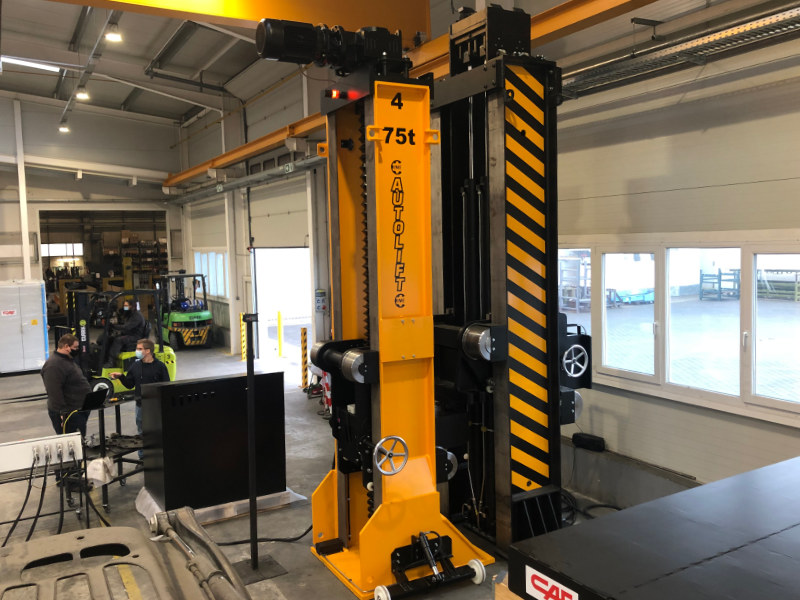 The majority of the lifting jacks used in the rail vehicle sector are in the lifting class 10-25 tons. Relatively few jacks are needed in the premier class between 30 and 50 tons for lifting heavy locomotives.

Autolift has pushed this limit significantly upwards with the development and construction of 9 lifting jacks with a lifting capacity of 75 tons (a load test in the hydraulic test device can be seen on the photo). They are true giants of the premier class, the construction of which was also a challenge from a logistical point of view.

These colossi are used by Etihad Rail, a transport company in the United Arab Emirates (UAE), to lift heavy SD70ACS diesel locomotives. These locomotives can pull up to 110 freight cars with a leader of two or three locomotives. The train length in this case is 1.8 km and the total weight 11,000 tons. These are also numbers for the record books. Like the 75to jacks from Autolift.