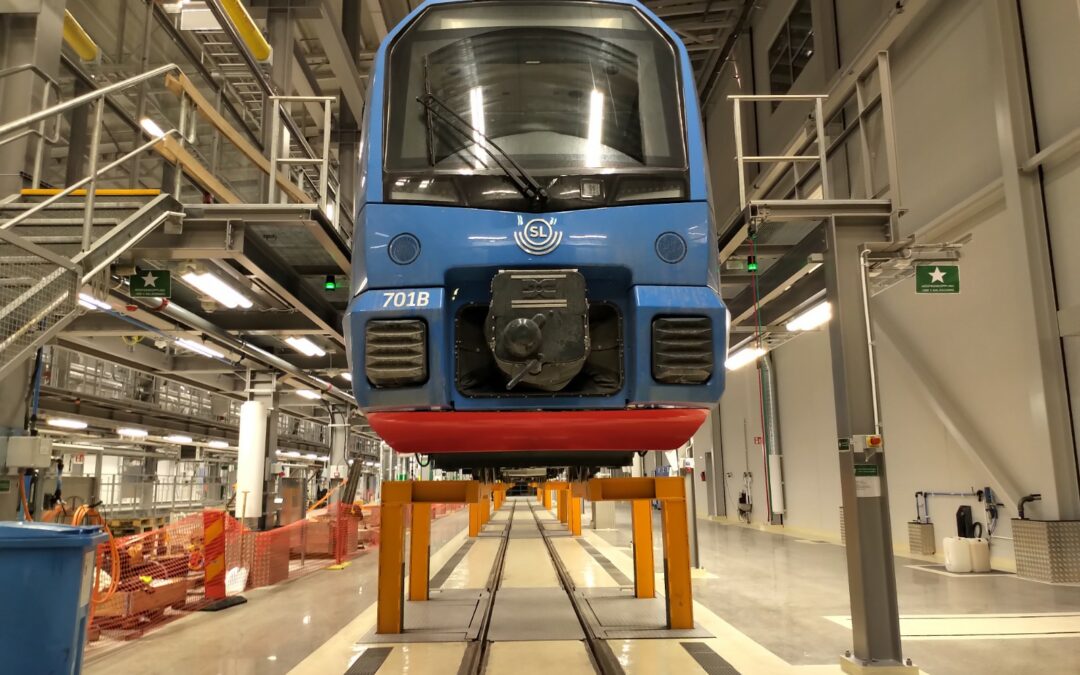 AB Storstockholms Lokaltrafik (SL abbreviated) is responsible for public transport in the greater Stockholm area (Sweden). Among others, it operates the narrow-gauge Roslagsbanan, which connects the north-eastern suburbs of Stockholm with the Swedish capital. In order to cope with the increasing number of passengers, 22 SL X15p trains were ordered from Stadler in Bussnang in August 2016. These three-part vehicle sets and those of the previous SL X10 series are serviced and repaired in the newly built depot in Vallentuna. Autolift supplied the lifting systems for this depot. On the one hand 12 mobile jacks with a lifting capacity of 12 tons each and on the other hand 2 complete underfloor systems.

All 3 systems were professionally installed by an Autolift factory assembly team and handed over to the operating company Arriva end of March 2021.